My Amazing Day in Boston

We want to hear the good, the bad, and the ugly!
Post Reply
29 posts

My Amazing Day in Boston

So, as most of you guys know, for the past couple of years I've been trying to qualify for the Boston Marathon, and after a couple of good marathons last year I did it! Here's my story from Monday...............

It was a beautiful day for a run- bright blue skies, a bit of a tail wind, perhaps a bit on the warm side, but absolutely lovely. I caught the bus to the start line, and as we were driving out there, I was thinking to myself "I can't believe I have to run all this way back..........." My bus arrived shortly after 8am, and my corral was supposed to start loading at 9:15, so I headed straight the bathrooms. Fortunately the line for the porta-potties wasn't too long at that point, so I was able to take care of that and find a spot in the sun to relax for a half hour or so. I decided to make one more trip to the loo before heading to my corral, but by then a bunch more buses had arrived and the lines were loooooonnnngggg- I waited for 45 minutes, well past the time to head to my corral, but it was fine- I got down there around 9:45- still plenty of time. A tip for those running Boston next year though- there's another big bank of porta-potties down near the start line and the lines were way shorter.

Shortly after I got there there was a fly over by Air Force helicopters, the singing of the national anthem, and before I knew it we were off. It took me about 7 minutes to get to the start line, and by then the crowds had spread out enough that getting up to pace was no issue.

I had heard that the race started with a hill, but I was quite surprised how much of a hill! It was steep enough that if there was snow on the ground it would be half decent to go tobogganing on! I kept a good handle on my pace though, as I'd heard so many other people warn against going too hard at the start. The best quote I heard at the start line was "a lot of people run the best 10K of their lives and the worst marathon of their lives on this course." I was right at or just slightly slower than marathon pace, figuring that I'd need the strength later on when the going got tough.

Right from the very start the crowds were amazing! There were a few spots that were slightly sparse with spectators early on, but for the most part it was wall to wall people the whole way. By a km or two into the race I had settled nicely into my pace and the kilometres were ticking by without any effort. I was feeling pretty optimistic that my Plan A was going to work- I was planning on holding 4:30/km (for a 3:10 finish) until the top of Heartbreak Hill, and then try to pick it up for the last 10km for a strong finish. Somewhere around 11 or 12km though I started to feel a twinge in my quads- someone cut in front of me going into a water station, and I had to jam on the brakes, and I felt my quad seize. I'd been having some muscle cramping issues for the previous week, and I was hoping they wouldn't pop up on race day, but I got the sense then that my legs weren't going to be up for a fast 42.2km. I continued on at the same pace, but kept in mind that I had a solid Plan B- if things started to go downhill, I was resolved to not have a death march to the end- I'd slow things down and soak in the experience. Having that plan took a lot of pressure off, and took away the sting of disappointment to not hit my target time. I decided to take in the whole Boston Marathon experience- I had a cup of beer that a spectator offered, I High Fived hundreds of kids, I accepted a Freezie from a kid, I stopped for hugs and kisses from my family, I was kissed by a Wellesley College Girl, I patted Dick Hoyt ( http://www.bostonglobe.com/sports/2014/ ... story.html) on the back when I passed him- everything that you could hope for in a Boston Marathon!

Passing through all the sections of the race was unreal- the town square in Natick, the Scream Tunnel in Wellesley, Newton Falls, Heartbreak Hill, Brookline, then the final 2 miles- it was all amazing. There were times when the screaming was absolutely deafening, and though my legs were in really bad shape, and I just wanted to stop running, the energy I was able to draw from the spectators really pulled me along. For the last bit, coming down Commonwealth, making the turn onto Hereford, and then left on to Boylston- it gives me chills just thinking about it again.

I crossed the finish line in 3:24:19- quite a bit slower than I had envisioned over the past few months, but I wouldn't trade my experience for a faster time. It felt like such an honour just to be a part of the this Boston Marathon after what happened last year. There was a real sense in the city that this marathon was a celebration of the city, of taking back the city from the tragedy that happened last year. As I was going through the finish area, I had so many volunteers congratulate me, and so many others thank me for coming to their city and supporting it. As we were walking around the city, and as we were in the train station, random people would come up to me and shake my hand and thank me for coming to Boston and being a part of their marathon- it was really overwhelming.

I've put in thousands of kilometres, and thousands of hours to get to Boston, and I'm so glad I went. I'm ready now to move on to other challenges, but this past weekend was something I will never forget.

Congrats to you, sounds like you had a great day out there. Once you realize the time goal isn't going to happen it sort of eases off the pressure a bit and you can enjoy all that the race has to offer. It truly is an amazing event. That's what I find anyway. Glad your first Boston was so much fun and congrats again. You need to make your pics bigger though

Awesome report Erin! You had such a great experience and it comes through in all of your words. Thanks for telling us about it.

Support me in my fundraising for the Boston Marathon, Boston Public Library team:
https://www.crowdrise.com/o/en/campaign ... iferwolf11
Top

Hmmmm- not sure why the pics are so small- I did the same thing I usually do when linking pics...........
Keep on rolling, just a mile to go. Keep on rolling my old buddy, you're moving much too slow.
Top

Great report Erin. I'm so happy you had an amazing experience. It was fun tracking you (and all the Boston Maniacs)
I wanna live like there's no tomorrow
Love, like I'm on borrowed time
It's good to be alive, yeah....Jason Gray

Congrats, Erin! I was surprised to hear this was your first time running Boston. I guess I wasn't paying attention.

Sent from my GT-P3113 using Tapatalk
"Maybe I will be my own inspiration." - UltraMonk (Laura)
"Everywhere is walking distance if you have enough time." - Steven Wright
Top 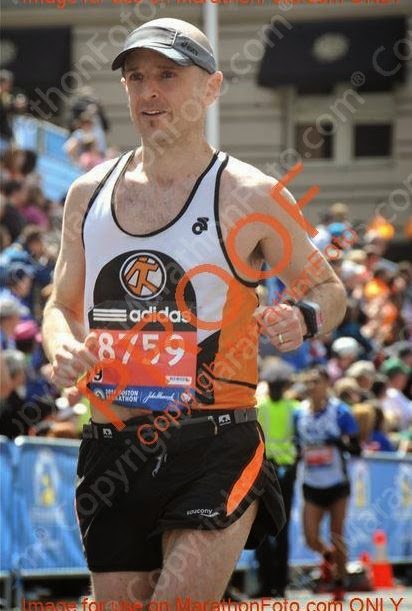 Wow! What a great experience for you, and although you did not make your A goal, that was a good fast marathon! Congratulations!
"We are made of dreams and bones."
--The Garden Song

Congratulations &thanks for the great report. I like how you downshifted to Plan B &still had an awesome experience.

Congratulations on your first Boston Marathon! Great to hear you had such an amazing experience there.
Top

Congratulations, Erin. I always tell people your 1st Boston shouldn't be about running fast - you'll miss so much along the way! I'm so glad you shifted gears, soaked it all in and truly celebrated all the hard work that went into that BQ. It sounds like this year was amazing, even beyond Boston's usual standards

. Thanks so much for sharing your experience!
We train more joyfully and productively when we focus on the now, rather than on our future race day performance. It's a long road from here to there with many miles to go. We need to run each one. Accept where you are today and simply be thankful for the work you've accomplished. KA
Top

Those Bostonians love their marathon...and they love the people who come to run it.
So glad you got to kiss a College girl

Technophobe Extraordinaire
"Princess" J0-JO...The Awesome Running Machine.
"a precious, unique and quirky individual"...definition given by a Toronto Cop
An Ever Loyal and Devoted Official Doonst Fan.
"In the midst of winter, I finally learned that there was in me an invincible summer" -Albert Camus
"Keep Going. Never Give Up." Spencer
Top

Great race report! I'm glad you were able to enjoy it so much and your account of people thanking you for coming to Boston to run almost made me cry!

When your legs get tired, run with your heart.

Overcome the notion that you must be regular. It robs you of your chance to be extraordinary.
Top

Run the mile you're in. Not the one behind you, and not the one in front of you - the one you are running now

Jwolf wrote:Awesome report Erin! You had such a great experience and it comes through in all of your words. Thanks for telling us about it.

Congratulations, thanks for sharing, it is an experience that I will never forget and feel part of now.
Mississauga Marathon - 2:52
Around the Bay - 1:58
Click>> Race History
ItsMyRun.com

"I just hope that people look at it and say, 'Hey if this yahoo can do it, then I can do it too.' That'd be cool if people thought that. It's just a matter of putting the miles in and working. It's not so much how much talent you have. I hope." - Brian Sell.

"To give anything less than your best is to sacrifice the Gift." - Pre
Top

Great report and race , Erin!! The photo is amazing. I didn't look that good while waiting in the athlete's village. Congratulations!!
Top
Post Reply
29 posts

Users browsing this forum: No registered users and 2 guests